LUMAS uses cookies to improve your experience on our website. If you continue, we assume that you consent to receive all cookies on all LUMAS websites. Read More
More works by Ralph Hasenohr
Selection 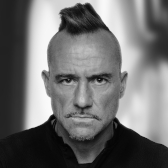 Before embarking on one of his journeys, artist Ralph Hasenohr selects a particular filter with which he captures his subjects. He uses the filter as an ambient framing through which to view his journey. What immediately strikes the viewer about his portrait of Pierre Koenig’s famous Stahl House in southern Los Angeles is its uncommonly… Read more

Introduction
Before embarking on one of his journeys, artist Ralph Hasenohr selects a particular filter with which he captures his subjects. He uses the filter as an ambient framing through which to view his journey. What immediately strikes the viewer about his portrait of Pierre Koenig’s famous Stahl House in southern Los Angeles is its uncommonly rich and luscious colouring. Sky and pool, especially the shadowed part of the water, form a powerfully charged counterpoint, and thus create a dramatically dark chromatic background texture; this is, in turn, countered by the more luminous nuances of gently breaking waves and glistening horizon above the perimeter of the terrace. The highly taught compositional frame gives rise to a magnificent ambience in which our aspirational visions find perfect correspondence in the villa’s architectural forms and that most celebrated of outlooks over LA, towards the distant horizon.


In 1959, sportsman C. H. "Buck" Stahl commissioned young, up-and-coming architect Pierre Koenig to build on his property in the Hollywood Hills. Due to its hillside location on, the property had been previously considered undevelopable. Thanks to Koenig's innovative construction methods, however, the house not only met the demands of its surroundings, but quickly became a landmark in an architectural movement that caused a stir in California and beyond. Today, the Stahl House is a revered fixture. In the 60s, the house was photographed by Julius Shulman, who helped establish it as a focal point of modern Los Angeles. Later, numerous film producers made use of the site to shoot scenes against an impressive backdrop. The Stahl House is an integral part of architectural, photographic, and cinematic history; and its builder, Pierre Koenig, has been declared the father of California modernism.


Ralph Hasenohr is a particularly versatile artist whose creativity cannot be pinned down to one form of art. He works as a photographer and short film maker, as well as a designer, painter, and writer. He spent many years as a creative in international advertising agencies and gained invaluable experience through dealing with a variety of media.

Interview
When did you become interested in art? How did it all begin?
When you grow up in an ordinary home in a small village in the Black Forest, art occupies a completely different universe, with which there are no points of contact. I remember painting all day long as a child, and later, as a teenager, coming across the works of Salvador Dalí. Fascinated by his work, I devoured books about him and went to every accessible exhibition of his works - all the way to his museum in Figueres. Even more than his painting, his madness fascinated me. What also interested me at that time was creative advertising. At 14, it was clear to me that I wanted to pursue a carrer in the field. Art was not an option. On that path, I completed an apprenticeship as an Oﬀset printer and later attended film school in Switzerland. Instead of studying graﬁc design, I started working directly with an advertising agency. At the same time, I held my first art exhibition of paintings together with a friend who made sculptures. The job in advertising then brought me to Frankfurt, working with big international agencies. Parallel to my 12-hour job, typical for advertisers in the 90s, I continued with exhibitions. After two years in Rome, where I freelanced for agencies and wrote and filmed, I returned to Frankfurt in early 2000. Life as a freelancer allowed me to escape during the winter months to places like Melbourne, Sydney, Palm Springs or Los Angeles, where I would spend several weeks at a time. Alongside writing and cycling, I discovered photography. In a sense, it’s a completely opposite art form. My writing describes imagery and my photos write stories.

How would you describe your work process?
Originally, I focused on paintings. Moving forward, for the CUTS exhibition, I cut scanned drawings from transparencies with the help of a plotter and applied them to metal planes. CUTS received a lot of positive feedback, but I was simultaneously working with an agency on an interesting film project. After the exhibition, all the works were packed into a container. This year, exactly 25 years later, I'm thinking of exhibiting them again - painted entirely in gold. I would incorporate imagaes of the originals as well. In that case, the exhibition would probably be titled GONE, BUT GOLD.
In regard to my photography, as it is presented by LUMAS, the creative process is not typical for me. I explore new places and capture what catches my eye – never staged, always a slice of reality. Four things are important to me:
1. The subject - which in the case of buildings may mean I wait until all people are out of the frame.
2. The image detail.
3. The filter – which I set beforehand. This, in a sense, determines how I experience a trip, as each journey carries a specific atmosphere. The reason behind the journey, the expectations of a place, the pace of life in a city, the relationship you build with your surroundings, the stories that unfold there. The photos themselves capture a narrative that goes far beyond the subject in focus. Time is a critical factor in my travels. To be able to develop one’s own pace, and to synchronize one’s pulse with that of the city.
4. Technique must never come between me and the subject. That's why I always use the latest iPhone. To concern myself with apertures and focal lengths would destroy the moment.

Who inspires you?
All those who unwaveringly and unflinchingly go their own way. Be it in art or in sports, an everyday job or in life.

Which artists/works of art are you particularyly impressed with at the moment?
In particular? I've been contemplating for five minutes now, and without leafing through archives anywhere, I can't narrow it down. Probably because there are a lot of good artists out there. My Macbook is filled with screenshots of things I've found interesting lately.

What distinguishes a good work of art?
When it' s exceptional conceptually or in terms of craftsmanship - or perhaps even both.

What projects are you working on at the moment?
On a subject called TWINS. It asks - and partly answers - the question of whether symmetry is in fact equality. There was already an initial exhibition and NFTs on the subject. And on the next journey, whenever Corona allows, photos will follow.