LUMAS uses cookies to improve your experience on our website. If you continue, we assume that you consent to receive all cookies on all LUMAS websites. Read More
More works by Guachinarte
Mid-Century Modern Architecture
A tribute to Barragán
Minis

A tribute to Barragán

A tribute to Barragán 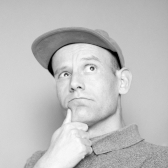 A tribute to Barragán Guachinarte, with his impeccable eye for architecture, succeeds in reimagining classic structures through his Barragan works; He brings the well-known architecture to life in an exciting new way. The interplay of texture and light, characteristic of Mexican architect Luis Barragán's houses, is unmistakable in… Read more

Swimming Pool of Tianjin University I

Introduction
A tribute to Barragán

Guachinarte, with his impeccable eye for architecture, succeeds in reimagining classic structures through his Barragan works; He brings the well-known architecture to life in an exciting new way. The interplay of texture and light, characteristic of Mexican architect Luis Barragán's houses, is unmistakable in Guachinarte’s compositions. The landscape’s scenic atmosphere is perfectly captured, underscoring the sculptural elements of the architecture.  With every detail, the artist embodies the iconic architect’s philosophy, blending clean lines and colorful surfaces with the unrelenting presence of nature (which only heightens the effect of the man-made). Guachinarte’s approach communicates an aesthetic born in 1940s Mexico – one which maintains popularity today.
Luis Barragán was an internationally renowned architect who received the prestigious Pritzker Prize in 1980. He designed several buildings and public sculptures, whose impact extended far beyond Mexico's borders and contributed to his fame. He infused the austerity of geometric forms with unprecedented use of color, thus defining his distinctive style. He avoided conventional ornamentation, opting for a cohesive balance of rough surfaces and mood lighting. His work continues to inspire architects and artists around the world.

California modernism embodied an unmatched optimism that was full of hope for the future. It was an era of groundbreaking ideas and new forms. Guachinarte returns to the modern playing field by arranging iconic mid-century architecture with irresistible atmospheres. In his work, nature and architecture melt with one another and the boundaries between inner and outer dissolve. The California sun pours through floor-length windows. Swimming pools are framed by agave cacti. The artist’s work incarnates the California dream and the urban summer magic that hallmarks Palm Springs, whilst paying reference to pool moments popularized by Slim Aarons.


These innovative and finely detailed architectural-natural scenes are created by Guachinarte by with cutting edge technologies. The work requires a meticulous and laborious process that often involves in-depth research on location and housing floorplans, drafting both analog and digital sketches, and creating interior and garden design concepts. After completing these steps, he considers the sky and the surroundings and experiments with different lighting compositions. His greatest challenge is finding the harmonious balance between these elements that will ultimately emanate what it means to live and be in California.

One of Guachinarte’s biggest inspirations is the legendary architectural photographer, Julius Shulman. No one captured the California lifestyle of the 60s and 70s like Shulman. He worked with all the greatest and most celebrated architects that developed the signature style we now associate with Palm Springs. The architects chose Shulman to photograph their work, because his photos captured the spirit of the homes they constructed. His photos portrayed not only the structures, but the ideals that they were built upon. Together, they created a new way of living for a new society.

Bio
Guachinarte was born in 1981 in Biel, in the Swiss canton of Bern. He studied at the Multimedia Academy in Bern, where he also taught as a lecturer for several years. Throughout his career, Guachinarte has worked in the fields of architecture, design, media and others, gaining valuable experience that now contributes to his artwork and architectural endeavors.
Interview
Picasso once said, "You don't make art, you find it." Where do you find your art?
Art can be found in the most incredible places; In fact, it’s constantly surrounding us. Nevertheless, in every instance, art is a combination of experiences, observations, sounds, and emotions.


From concept to creation: How do you approach your work?
First, an idea will emerge in my mind. Most often, I have a clear vision of the end product. Depending on the degree of complexity, I prepare sketches to determine whether the idea will function in reality. If a sketch confirms this, it is only a matter of execution.

What’s your favorite book?
The majority of my books relate to architecture, photography, art, and design. Barragan - The Complete Works is among those I pick up again and again. There is something distinctly different about viewing these works of art in print. The beauty is both undeniable and incredibly satisfying.

Which artist would you like to have coffee with and what would you talk about?
I would have liked to meet Julius Shulman. He seems to have been a very fine fellow. I would have talked to him about everything under the sun. And, of course, a little bit about photography.

How did you develop an interest in art?
Even as a child I enjoyed creating beautiful things. So, my passion for producing images is deep-seated. My journey to architectural visualization, however, happened rather slowly and serendipitously. Although it may have occurred differently than I remember.


Who in your life influences you the most?
All people influence me, some more than others.


If you had a time machine, where would you go?
Somewhere in California during the 1960s.


What is your greatest passion, aside from art?
Family, drawing, skateboarding, music.


What are you working on at the moment?
Currently, I am working on various commissions for clients. These are partly architectural competitions and partly construction projects. In addition, I am working on additional motifs for the Mid-Century Modern Architecture series. And many more projects are waiting to be executed.