LUMAS uses cookies to improve your experience on our website. If you continue, we assume that you consent to receive all cookies on all LUMAS websites. Read More
More works by Daria Petrilli
Dreaming
Lumas Art Cases
Minis

The Lady of the Ibis

The Nursey of Ibis

The Lady Of The Ibis

The Lady of the Ibis 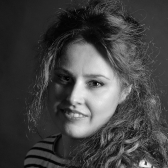 In Daria Petrilli’s artworks the female figures appear ethereal and unreachable. The artist inserts them into a fairy-tale afterlife where they are often accompanied by animals. In clothes from a distant era, these pale Victorian beauties may look to the viewer with a piercing gaze. Some extend long fingers into the nothingness,… Read more

Introduction
In Daria Petrilli’s artworks the female figures appear ethereal and unreachable. The artist inserts them into a fairy-tale afterlife where they are often accompanied by animals. In clothes from a distant era, these pale Victorian beauties may look to the viewer with a piercing gaze. Some extend long fingers into the nothingness, reminiscent of the Italian Mannerist painter Bronzino. In Daria Petrilli’s extraordinary works, the women become mystical beings, their bodies adorned with shells and flowers. They are surrounded by ibises, parrots, or geese that appear more like the heralds of purgatory than birds of paradise. The artist says: “To me, these birds are messengers of primordial obsessions. That is why they appear in my work so often.”

In the Dreaming series, Daria Petrilli brings us into these fairy-tale worlds. In “Lady of the Red Ibis,” a woman leads six red ibises through a dreamscape, holding leashes tied around their long necks. Eyes down, she seems to be frozen in place. In "Dual Nature", identical twins look out from the piece with an intense gaze. One appears to be wearing a meadow, the other is dressed dramatically in black. Different in nature. In "Loneliness of an Anthurium", the solo laceleaf flower reflects the solitude of the protagonist whose head is, quite literally, up in the clouds.

Daria Petrilli digitally edits existing images, resulting in pieces of figurative symbolism reminiscent of classical painting. On her creative process, the Italian artist says: “I reworks photographs with digital painting interventions. I create a collage ... a triumph of Photoshop. I could have also used traditional instruments, but these illustrations were born as a personal amusement and I made them without the vetoes of a client and in the most immediate way.”

Daria Petrilli’s style blurs the lines between reality and imagination. With her singular visual vocabulary, she guides us into mystical worlds, making the subjects’ loneliness almost physically perceptible. The artist finds the balance between the Italian Renaissance and the subversive language of Pop Surrealism.
Bio
Daria Petrilli was born in Rome in 1970 and studied art at the Instituto Europeo di Design Roma. She has illustrated multiple children’s books. Petrilli has received many awards, including the Accademia Pictor Award of Turin three years in a row from 2006 to 2008. She is a member of the Italian Illustrators Association. Her work has appeared in numerous solo and group exhibitions around the world.
Awards
Publications
Exhibitions

Interview
Picasso once said, "You don't make art, you find it." Where do you find your art?

I find art in my dreamlike imaginary world, which is shaped by many influences, such as mysteries, photography, cinema, architecture and fashion.
Nature is also a major influence for me - especially birds, which I often feature in my work as I find their gaze evokes a certain primal restlessness.
I have an interest in all things historical; I love decadent, dignified atmospheres where time stands still. In these environments I focus on female characters, bringing them to life and utilizing them to convey a sort of disconnect from reality.
I am a lover of archaeology and art history. I’ve always enjoyed analyzing Renaissance artists’ compositions, immersing myself in the surreal atmospheres of artists like Magritte and Remedios Varo, and admiring the color palettes of artists like Balthus and Donghi. References to these inspirations can often be felt in my work.


From concept to creation: How do you approach your work?

When I have an idea that’s not quite tangible, yet promising, I follow the “thread” as it unravels in my head, kickstarting my photographic research.
I then carefully select and assemble pieces - mixing, resizing, adjusting texture, shifting perspectives, and, above all, repainting with digital brushes.


Which artist would you like to have coffee with and what would you talk about?


How did you develop an interest in art?

I have been interested in art for as long as I can remember.
I stubbornly followed my passion, completing traditional academic training, attending art school, and eventually the European Institute of Design, where I graduated with a degree in illustration and later a degree in interior design.
As an illustrator, I worked mainly in the publishing and advertising industries, simultaneously forging a path to create works for my own pleasure.
These works became more and more representative of my imagination and, thanks to social media, a successful signature style.


Who in your life influences you the most?

I had teachers in the past who inspired and motivated, but that was a long time ago. In my day-to-day life my family supports me, of course, but my creative process involves breaking away from "normality" and diving into my secret world, ignoring the familiar.


If you had a time machine, where would you go?

Definitely Paris at the beginning of the 20th century; the center of all modernist pictorial innovations and a time of significant change.


What is your greatest passion, aside from art?

I love architecture and interior design, a passion I inherited from my mother.
Music, which I have always had a knack for, because it' s essential for me to have a soundtrack playing in the background while I work. And then there’s books, cinema, fashion, travel… let’s just say I’m very curious and I look at the world with open eyes.


What are you working on at the moment?

At the moment I'm seeking new inspiration for my personal work as well as conducting iconographic research. However, I also have several editorial projects that I've been working on which should be published soon.