LUMAS uses cookies to improve your experience on our website. If you continue, we assume that you consent to receive all cookies on all LUMAS websites. Read More
Next

In his Travllers in Time series, Lluis Barba Cantos incorporates famous personalities and people from around the world into classic paintings. Blending elements from various eras of cultural and art history, he transforms historical works into impressive, lush collages. His work has been on display at venues such as the Centre Pompidou in Paris and the Museu d'Art Contemporani in Barcelona.
More information
80 x 120
Bestseller
110 x 165
Change Frame
Change Frame
€ 1,299
VAT incl. Plus € 16 shipping.
Museum quality
Securely packaged
30 day return policy
More works by Lluis Barba Cantos
Travellers in Time

Archduke Leopold William in his Gallery of paintings in Brussels, Teniers

Study of Jan Brueghel the Jounger Kunstkammer with Venus, Brueghel 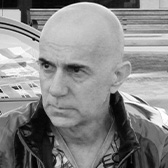 Social criticism and willful iconographic boundary crossing merge into new subversive forms in Lluís Barba’s epic collages. The Catalan artist takes the most significant works from the history of art and swamps them underneath contemporary symbols, artworks, tourists, and celebrities. Like an invasion, these visitors charge upon the old… Read more

Introduction
Social criticism and willful iconographic boundary crossing merge into new subversive forms in Lluís Barba’s epic collages. The Catalan artist takes the most significant works from the history of art and swamps them underneath contemporary symbols, artworks, tourists, and celebrities. Like an invasion, these visitors charge upon the old masterpieces and convert them into scenes of a turbulent exhibition, positioning art and reception in an ambivalent relationship.


The artworks by the Barcelona based artists stem from conceptual thinking and demonstrate their own ironic and symbolic contextual language. Barcode tattoos stand for loss of identity, black and white the past, and color the present. Every detail in the fine-grained collages refers to something contemporary or traditional. The irony is primarily targeted at the commercialization of artworks and museums. His works mirror how we perceive art and what we perceive to be art in different places. But this mirror might also reflect the viewer, especially if they are so captured by Barba’s glamorously dramatized spectacle that the appropriated old masters become merely a stage. Or just maybe they read Barba’s works for what they are, art and collaged spectacle colluding against the art market’s “scene” culture.


Lluís Barba received his training at the Escola de Belles Arts de Barcelona. He is an internationally renowned artist with solo and group exhibitions in London, Brussels, New York, Miami, LA, Kuala Lumpur, Kuwait, and many other places around the world. His work has been included at the Venice Biennale and Havana Biennial in Cuba and is on display in museums such as the Centre Pompidou in Paris and the Museu d'Art Contemporani in Barcelona.

Exhibitions
Interview
When did you become interested in art? How did it all begin?

I realized there were inequalities in society, related to race, economics, and class, which I felt the need to communicate through the medium I know best, art. I began to draft concepts such as:
Demystification - guns, atomic bombs, tanks, and uniformed military men with flowers eating ice cream.
Mass consumption - multinational brands.
Manipulation - political and religious Power.
Hunger – child exploitations and threats to poverty-stricken communities
I use bar codes in the form of tattoos to symbolize the loss of individual identity, homologation, conformity, and mass consumption.
I establish a parallelism between past and present.


How would you describe your work process?

My creative process is based on painting, drawing, photography, sculpture, video, and digital computer graphics. I photograph people in my studio, as well as people on the street: tourists, homeless people... in contrast with the world of glamour: celebrities... and culture: contemporary artists, their objects and works, architects, collectors, writers, philosophers, thinkers, visionaries...
I decontextualize elements from one reality and position them in another reality.
I use implicit messages in my work, such as globalization and cultural immersion.
I think I provide viewers with and element of reflection, a subjective interpretation of art. Using the technical and conceptual diversity of various historical masterpieces, I have managed to articulate my personal style and convey my interests without deviating from the discourse.

In general, I draw inspiration from the grand masters of the last centuries; without them we would not be capable of creating the art that is produced today:
Rembrandt -he introduced chiaroscuro, which is extremely valuable in both photography and cinema.
Leonardo -he created the foundations for what we now refer to as multimedia artists; if he were alive today, he would certainly be working with new technologies.
Duchamp -his contribution was the contextual detachment of figures, turning them into purely conceptual and artistic objects.
Mondrian – he helped us to understand balance and structure through his theory of mass, volume, color, etc.


Which artists/works of art are you particularly impressed with at the moment?

A work of art must have a subjective and distinctive view of the world around us, one that is as important to the artist as it is to the viewer. It must evoke discourse, as well as emotional, conceptual, and formal interest. I've always thought that if an artist has nothing to say or nothing to claim, it's best not to say anything.


What project are you working on at the moment?

I am in the process of reinterpreting Gustave Doré's engravings from The Divine Comedy.

I would be happy to see my work positively influencing society and encouraging people to reflect on many of the world’s problems.

Of course. When I work, I enter my own world where the pleasure of creating and drafting new stories is all there is. If I could be reborn, I would like to be reborn as an artist.

ONLINE AND IN 24 GALLERIES WORLDWIDE