LUMAS uses cookies to improve your experience on our website. If you continue, we assume that you consent to receive all cookies on all LUMAS websites. Read More
More works by Christophe Jacrot
Rain
Snow
Artist's book
Minis

ARTIST BOOK - The Sound of Rain

Market in the Rain 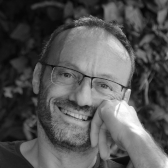 ABOUT THE WORK Rain Christophe Jacrot puts the fleeting, hidden moments from everyday life in a poetic and romantic light. The stormier the weather in Paris, New York, or Venice, the more ambient the Frenchman’s photographs. Jacrot reveals a new universe so fascinating that no one will want to run for cover at the first hint of… Read more

Introduction
ABOUT THE WORK

Christophe Jacrot puts the fleeting, hidden moments from everyday life in a poetic and romantic light. The stormier the weather in Paris, New York, or Venice, the more ambient the Frenchman’s photographs. Jacrot reveals a new universe so fascinating that no one will want to run for cover at the first hint of rain.

Freshly fallen snow arouses romantic feelings. Christophe Jacrot takes advantage of this phenomenon. In his work, he shows how “bad” and stormy climates affect life in the big city. The hectic pace slows down. The people seem isolated, pulled out of their daily rhythms.

The soft, white layer gives the streets a particular atmosphere. The cold is palpable, as are the people’s longings for security, warmth and closeness. Christophe Jacrot’s pieces show emotional moments – instants that, as fleeting as they may be, will remain in our memories.

According to Christophe Jacrot, there are two ways to capture the world in pictures: “On one hand, a photographer can focus on the horrors of the world, or he can take the fear out of it.” The artist, born in France in 1960, says he decided for the latter.

Christophe Jacrot has worked as a freelance photographer since 2006. He discovered a soft spot for rain and snow while he was working on a book in Paris. His assignment was to take sunny pictures, but the weather did not cooperate. The wet streets and reflecting lights excited Jacrot. And they still do. He finds his subjects in big cities; Hong Kong is one of his favourite locations simply due to its long rainy season.

Whenever a bad weather front builds up near a large city, Christophe Jacrot cannot be far away. The French photographer purposely seeks out rain and snow to capture atmospheric moments. The adverse weather conditions create special lighting conditions for the images. The streets empty out, and Jacrot finds the intense situations that develop into the particular power of his work. Even though he consciously takes them in colour, Jacrot’s images look like they could be stills from film noir movies.

I am fascinated by the romantic dimension and emotionality of the rain as well as the untapped universe it still seems to hide.
Christophe Jacrot